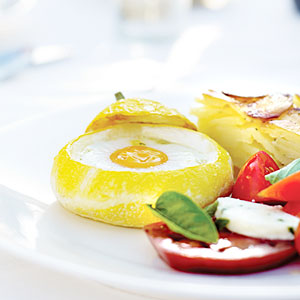 It’s not quite golden summer days at the moment, but hopefully our golden beetroot, corn on the cobs, summer squash (after many weeks of courgette!) and William pears (new season!) will bring a spot of sunshine in your week.

We hope you enjoyed the golden beetroot if you got the standard boxes last week. If you are on a small box, why not think about upgrading to the standard box? Or get it on an alternating basis?

For golden beetroot eating ideas check out last week’s suggestions if you need some recipe ideas for those of you getting it for the first time or just want a refresh.

If your corn have previously mainly popped out of a can or a frozen bag, and you are wondering what on earth to do with that ear of corn that looks like it should still be on a stalk, then simply microwave, steam, boil or bake them – you can often even leave the husks on (although do take off the hairy bits at the end), just remove them when cool enough to handle. And lather on the butter if nothing else!

And here are 15 more adventurous ways – including some that take the kernels off the cob by slicing vertically off with a knife. Also a handy tip is that if you want to chop into mini cobs, then it’s much easier after they are cooked than raw.

For your summer squash spaceships, why not try it stuffed or baked with an egg. Perfect!