We so often associate Thanksgiving as an North American celebration that it’s almost hard to remember that it was the early English Puritan settlers who took the idea of harvest thanksgiving there in the first place.

Some local churches are celebrating harvest festival this Sunday, in support of the Bring Home the Harvest campaign, part of the current British Food Fortnight which encourages community organisations and schools to learn more about UK food and support British producers. So why not go along and join in – it’s an opportunity for the community to come together to give thanks for farmers, cooks and food, and to celebrate and eat together. As the Church of England‘s national rural officer puts it:

“Harvest Festival is not just a quaint tradition carried on by the rural church but an opportunity in the modern world to reconnect with food, farming and the countryside. (It) is also a time to have fun in praising God and to share food together.”

Or why not pop along to the RHS London Harvest Festival Show next Tuesday or Wednesday. Unlike the RHS Chelsea Flower Show, this one only costs a fiver and is a foodie feast (rather than a pure visual experience) celebrating the taste of autumn with some of the best growers in UK displaying their bounty and UK home-grown produce to see, taste and buy.

Along with summer we bid farewell to some vegetables that we won’t see again for awhile, like salads, cucumbers and big round juicy red tomatoes (although there may see be some cherry tomatoes around). And like celeriac last week, the arrival of fennel tells us that winter is nigh.

Remove and discard stalks and tough outer layer around the fennel bulb, but keep the fennel tops to add back at the end as they are very pretty (they look like dill) and edible.

Gem squash is also in the box for those with the no-potatoes option. Here’s how to serve up baked stuffed gem squash:

The mild and sweet, creamy and delicate flesh which should just melt in your mouth! Here’s a photo of the same but with summer squash. 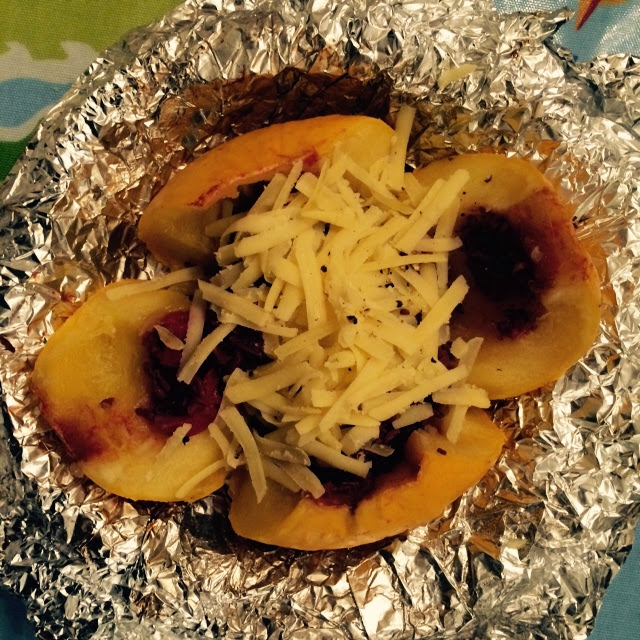 Happy Halloween from us! 🎃🪓🧛🏻‍♀️🦇🧟🕸🔮🧙🏻‍♀️⚰️🕷🎃
Beetroot and Ginger Soup from @chilli_and_garlic .
You can’t beat a good burger 🍔 can you? Served here with our Lettuce from @chilli_and_garlic .
Honey Roast Chicken Thighs with Mixed Veg from @the601kitchen .
Jerusalem Artichokes and Chard called for this @nigelslater recipe. Culinary credits to @nickmcb1 .
TGH Carrots and Cucumber for this delicious Sushi Feast by @egorskirivers .
My Tweets